Was there a pet in that house? What to do about allergens during your inspection period

Are you allergic to pets? What about your clients?

If you need to know about allergens, we can help. Consider getting air samples performed in addition to your home inspection. The same lab that analyzes our mold samples can analyze air samples and tell you about all the particulates in the air that you and your family will be breathing. 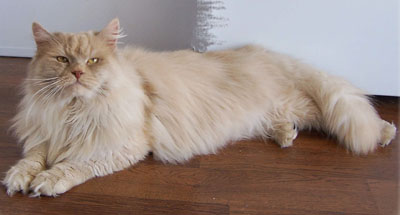 Cats and dogs produce allergens that pose a health threat to certain individuals.

Pet dander consists of microscopic pieces of cat skin that have dried, flaked off and become airborne. Shed dander can land on and stick to bedding, curtains, carpeting, and other surfaces, including people’s skin and clothing. It contains Fel D1, a glycoprotein found in the cat’s sebaceous glands, located under their skin, and, to a lesser extent, it is found in cats’ saliva and urine. Fel D1 can cause rapid allergic reactions in sensitive individuals.

Unlike cats, the dogs’ allergen, Can F1, is found in higher concentrations in their saliva than in their sebaceous glands.

Cat and Dog Allergy Symptoms
These include:
How to Test If a Cat or Dog Has Been in a Building

Pets are forbidden by many lease agreements, which may then be violated by tenants who secretly house cats or dogs. Also, cats may visit a residence at night to forage for food or gain shelter. The following detection methods may be used:

Cleaning Tips for Buildings Previously Occupied by Cats and Dogs

Inspectors are often asked about pet-allergen cleanup by clients who are looking to buy a home but are concerned about the air quality in their prospective new home. The following suggestions may be offered:

Let us know as soon as possible if you would like to add air sampling to your inspection and we will set it up. It does add a little more time to the inspection, so we need to plan accordingly.

Posted by PreClosingInspection.Com at 4:39 PM